What is Fibre Optic Broadband?

Fibre Optic Broadband is nothing less than a communications revolution which builds on the Broadband revolution that happened twenty or so years ago. This means that some of us can easily imagine the possibilities and opportunities it can bring.

For the benefit of younger people – if you happen to be under the age of thirty, for example – let’s look back to the days of dial-up internet and the associated download speeds which were inconceivably slow by the standards of today. In the early years of the twenty first century downloading a single image might take several minutes and if you wanted a thirty second video clip you probably had time to watch a couple of shows that you had recorded on your VHS video cassette recorder before your download was ready to view. In the nineties dial-up internet and the World Wide Web had seemed like a miracle. By modern standards it was a complete nightmare.

Then Broadband came and changed everything. The massive increase in the speed of the internet made possible by broadband heralded so many things that were impossible over a dial-up connection. We take them for granted now to the point that we consider them essential, but without broadband there would be no YouTube. No Netflix. No Zoom. No online gaming. No streaming of any kind. Broadband changed the world and it changed the way we do business. It was a true revolution.

Technology never stands still however, and the internet is no exception. Traditional broadband  carries information over the traditional copper wire network that has carried not just our internet traffic but our telephone calls for decades. Copper has been perfectly adequate for a long time, but it has limits. Electromagnetic interference and electrical resistance in the wires limit not just the speed at which data can be carried, but also the amount of data that can be carried at any one time. These restrictions can lead to annoying slowdowns at busy times of day.

For domestic use these issues are currently little more than a minor inconvenience, but for business such issues are beginning to be a real problem. Fortunately, technology has advanced. The future of cabled internet is without doubt Fibre Optic Broadband. London is a proud technology hub, forging ahead with a whole new fibre optic infrastructure developing to augment and even replace the copper network, so we thought it would be a good idea to explain what the benefits of fibre optic broadband really are. 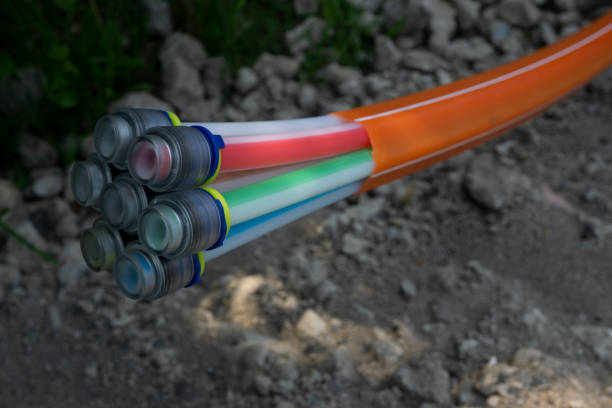 So what are the benefits of Fibre Optic Broadband?

We have touched on the most obvious benefit of Fibre Optic broadband already – the massive increase in speed. On the internet speed is everything and Fibre Optic broadband really delivers. Traditional copper-based ADSL broadband may be delivering speeds measured in tens of megabits per second, which is certainly impressive by historical standards. But if you are lucky enough to be getting those speeds you are getting the absolute best that ADSL is capable of, that is the pinnacle of ADSL capability.

There are no such limits for Fibre Optic Broadband. London based customers can expect to experience speeds of a Gigabit per second. This is not just faster, this is faster by orders of magnitude, and with this speed comes new possibilities. The sudden acceleration from dial-up to broadband speeds opened the door for exciting new services that most of us had never even dreamed of. The fibre revolution could be about to do the same thing.

But the speed advantage offered by fibre optic broadband offers much more than just the chance to be an early adopter of cool new services when they eventually come along. Much more importantly it also means that all of the online functions that up until now have been really useful but have never quite worked perfectly just start to function as they were intended to, completely issue free.

Suddenly your video conferencing will become seamless with no freezing or pixelating. Remote working will become straightforward, with several people in different offices able to work on the same document at the same time free from lag. Trades and financial transactions will become lightning fast and file transfers will take no time at all.

In short, fibre optic broadband is the internet as you have wanted it to be for years.

Speed is not, however, the only benefit of the fibre optic platform. Fibre Optic Internet offers a much higher degree of resilience than the old copper wire network, which means that there is much less chance that users will experience an internet outage with all the inconvenience and potential loss of revenue such a thing can bring. More than that, if your business opts for a leased line you have exclusive use cable carrying your internet.

Fibre optic broadband also affords your business a degree of future proofing. Luminet is currently able to offer you speeds of a gigabit per second, but that limit is not imposed by the cable – fibre optic cables can handle greater speeds and greater data loads. As the technology at either end of the cable advances greater speeds and capabilities will be unlocked. If you are still shackled to the copper network it really is time to give your business the benefits of fibre optic broadband. London based and right in the heart of the action we are keen to help accelerate your online experience into the bright fibre optic future. 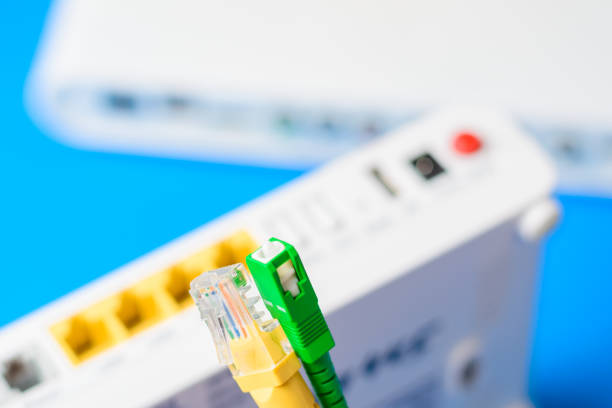 That sounds fantastic, but what if there is no fibre optic infrastructure in my area?

As the beating heart of the UK tech industry London is very well served by an ever-expanding fibre optic infrastructure, but it is the case that there are still a few locations that fibre has not yet reached. Outside London it is fair to say that the situation is patchy, especially in rural areas. In such cases a different solution is available. If Fibre optic broadband is not currently available where you are there is another way to escape copper cables. In the absence of fibre you could consider a microwave internet connection.

The traditional copper wire network is burdened not only by the internet traffic of every person browsing the Web on that exchange, but also literally thousands of land line phone calls. They are, unsurprisingly, always working close to maximum capacity. The “uncontended” status of a microwave broadband connection means that your connectivity is never slowed down by high levels of traffic, because there will never be any other traffic in your way.

At Luminet we are experts in both types of internet connection and we can get your business up and running at gigabit speeds in ten working days – so it is not just our broadband services that offer higher than average speeds! It really is time to embrace the bright new internet future and leave copper behind. So will it be a microwave internet connection that takes you into the online future or fibre optic broadband? London, the decision is yours!

Fibre Optic Broadband & How It Can Transform Your Business

Why is Fibre Optic WIFI Better than Regular WIFI?

How to Avoid Fibre Wayleave Delays